Jesus Christ is the head of His church. He appoints elders in a local church to take oversight and responsibility. We currently have two elders: Andrew Deaville and Mike Houghton. 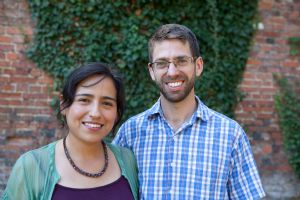 Andrew grew up in Epsom and works as a Kitchen Gardener in London. He and Sulam have been married since 2012 having met in Florida. They have served in South Africa and Devon in agriculture related ministry and moved back to Epsom in 2017. 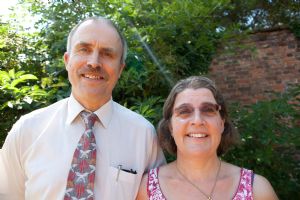 Mike and Julie
Mike and Julie have been a part of Epsom Christian Fellowship since the early 1980s and were married in the ECF church hall in 1985. They have lived in Epsom for most of their married life apart from several years working abroad in Nepal. They have 5 children and 3 grandchildren.  In addition to his leadership role at ECF, Mike works part time for a charity that supports people affected by leprosy in Nepal; Julie is a part time piano teacher.
Back to 'About us'